Governance at a Glance

Eric Affeldt has served as our Chairman since the EIC IPO. From 2006 to 2017, Mr. Affeldt served as the President and Chief Executive Officer of ClubCorp, a privately held owner and operator of golf, dining and fitness clubs. In 2017, he assisted with the take private transaction of ClubCorp, which was previously listed on the NYSE, to an affiliate of Apollo Global Management. Prior to joining ClubCorp, he served as a principal of KSL Capital Partners from 2005 to 2007. In addition, Mr. Affeldt was president of General Aviation Holdings, Inc., an aviation holding company, from 2000 to 2005. Prior to this, Mr. Affeldt also served as President and Chief Executive Officer of KSL Fairways; vice president and general manager of Doral Golf Resort and Spa in Miami and the PGA West and La Quinta Resort and Club in California. He also serves on the board of directors of the Vail Health System, a private healthcare system in Colorado, since 2017. Mr. Affeldt served as a director for Cedar Fair Entertainment Company, an owner and operator of amusement parks, from 2010 to 2018, and was chairman of the board of directors from 2012 to 2018. He holds a B.A. in Political Science and Religion from Claremont McKenna College.

Jane Garvey will serve as one of our directors. She was previously a member of the board of directors at United Airlines from 2009 to 2018, and served as Chairman from May 2018 to May 2020. Ms. Garvey had numerous roles in public service, including serving as FAA Administrator from 1997 to 2002, Deputy Administrator of the Federal Highway Administration from 1993 to 1997, director of Boston’s Logan International Airport from 1991 to 1993, and as the Massachusetts Department of Public Works commissioner from 1988 to 1991. After leaving public service, Ms. Garvey became Executive Vice President and chairman of the transportation practice at APCO Worldwide from 2002 to 2006, and was an advisor to J.P. Morgan's infrastructure practice from 2005 to 2008. She has served on several boards including Shanska, Bombardier and MITRe Corporation. Ms. Garvey currently serves as Chair of Meridiam Infrastructure, North America and as Chair of the Meridium Infrastructure Global Advisory Board. She holds degrees from Mount Saint Mary College and Mount Holyoke College

Kenneth Lerer has served as the chairman of Blade’s board of directors since July 2016 and will serve as one of our directors. Mr. Lerer is a managing partner at Lerer Hippeau Ventures, which he founded in January 2010. He was a co-founder of The Huffington Post (acquired by AOL), from 2005 to 2011 and previously served as Executive Vice President of AOL Time Warner from 2000 to 2002. Mr. Lerer currently sits on the board of Group Nine Media, since 2016. He was formerly the Chairman of BuzzFeed from 2008 to 2019 and previously served on the board of Viacom (NASDAQ: VIAC) from 2016 to 2018.

Love is a Senior Advisor at Apollo Global Management, a high-growth, global alternative asset manager, where he focuses on supporting and developing strategy for human capital, public engagement and diversity, equity and inclusion initiatives. He will serve on the Nominating and Corporate Governance committee of the Board.

Prior to Apollo, Love served as a Partner at RON Transatlantic EG, an international financial holding company. From 2009 to 2011, Love served at the White House as personal aide to United States President Barack Obama.

Love, a graduate of Duke University and the Wharton School at the University of Pennsylvania, also serves on the boards of Cox Media Group and the National Summer Learning Association.

Susan Lyne will serve as one of our directors. Since September 2014, Ms. Lyne has been President and Managing Partner of BBG Ventures, an investment fund focused on women-led tech startups. From February 2013 to September 2014, Ms. Lyne was Chief Executive Officer of the AOL Brand Group where she oversaw the content brands of AOL, Inc., a global media technology company, including TechCrunch, Engadget, StyleList, Moviefone and MapQuest. From September 2008 to February 2013, she was Chief Executive Officer and then Chair of Gilt Groupe, Inc., the innovative ecommerce company that pioneered flash sales in the United States. From 2004 to 2008, Ms. Lyne served as President and Chief Executive Officer of Martha Stewart Living Omnimedia, Inc., a diversified media and merchandising company. From 1996 to 2004, Ms. Lyne held various positions at The Walt Disney Company, a diversified worldwide entertainment company, including President of ABC Entertainment. Ms. Lyne is currently a director of and GoPro, Inc., where she is Chair of the Compensation Committee, and has previously served as a director of Gilt Groupe, Inc., AOL, Inc., Martha Stewart Living Omnimedia, Inc., Starz Entertainment Group, LLC and CIT Group, Inc.

Edward Philip has served as one of our directors since the EIC IPO. Mr. Philip was the Chief Operating Officer of Partners in Health, a global non-profit healthcare organization, responsible for overseeing the operations of the Partners in Health projects globally including in countries such as Liberia, Sierra Leone, Rwanda and Haiti, from 2013 to 2017. Previously he served as Special Partner of Highland Consumer Fund, a consumer-oriented investment fund which he founded, from 2013 to 2017 and as Managing General Partner from 2006 to 2013. Mr. Philip was one of the founding members of the internet search company Lycos, Inc. During his time with Lycos, Mr. Philip held the positions of President, Chief Operating Officer and Chief Financial Officer at different times. Prior to joining Lycos, Mr. Philip spent time as the Vice President of Finance for The Walt Disney Company and also previously spent a number of years in investment banking. He currently serves on the board of directors of United Airlines Holdings Inc. (NASDAQ:UAL), an airline, since 2016, Hasbro, Inc. (NASDAQ: HAS), a toy and entertainment company, since 2002 and BRP Inc. (NASDAQ: DOOO), a Canadian recreational vehicle manufacturer, since 2005. Mr. Philip received a B.S. in Economics and Mathematics from Vanderbilt University and an M.B.A. from Harvard Business School. 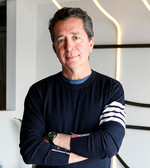